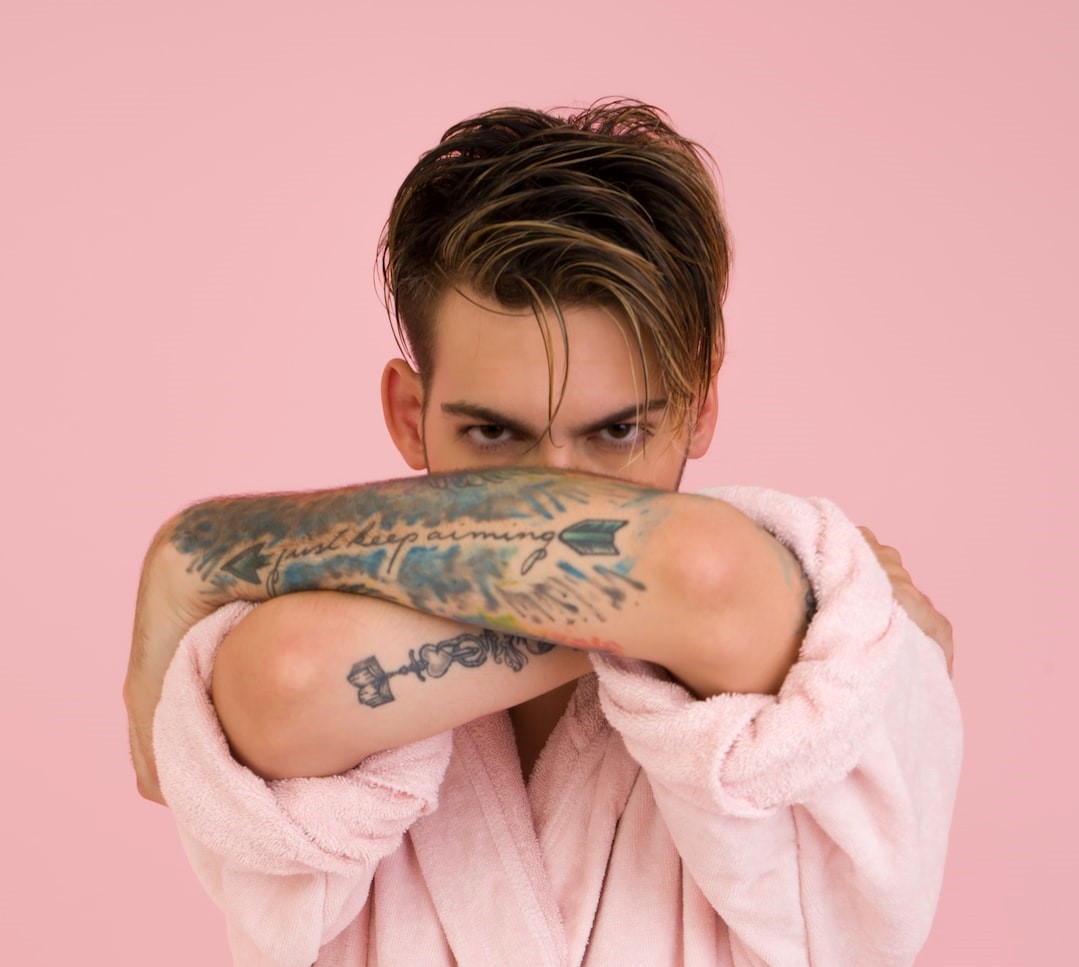 Did you know that over 46% of the American population have tattoos? Each tattoo carries special symbolism and meaning, giving it a unique beauty. There’s nothing quite as personal as tattoo art.

But do you know the meaning behind an arrow tattoo? Do you know what a semicolon symbolizes?

As a tattoo artist, you need to know all about the different tattoo symbols. This way, you’ll know how to turn a client’s tattoo into something beautiful and meaningful.

Listed down below are some of the most important symbols that every tattoo artist should know. Check out our guide down below!

Triangles are a striking addition to any tattoo but they also have a symbolism that is more beautiful than their appearance. With three equal sides, the triangle represents a sense of balance and peace.

It also is used a lot as a symbol of wisdom since wisdom is often key to finding balance in life.

Other times, each side of the triangle represents a separate meaning depending on the client. The combination of past, present, and future is a popular meaning behind a triangle.

Another common use for a triangle is by expecting parents. Each side of the triangle symbolizes a person in their family. If your client wants a family symbol tattoo, this is a great choice.

Flowers are a delicate and beautiful element of tattoo designs. The petals give an intricate sense of movement and softness even if the rest of the tattoo is made up of thick bold lines.

Many flowers have their own meanings which is why the art of giving flowers to someone is so complex.

A rose means passion and love, while a fluffy dandelion symbolizes change. You’ll want to encourage your client to pick the right kind of flower for their tattoo before committing to a design.

Color also plays a big part in the symbolism of flowers. You’ll want to keep the subconscious mood of the tattoo in mind while picking the color of the flower.

Since butterflies start as little caterpillars, it’s no surprise that they bring a sense of change to many symbolic tattoos. With new wings with which to explore the world, butterflies also symbolize freedom and excitement for the future.

A butterfly tattoo promises that new beginnings are right around the corner.

While they’re often seen as feminine tattoos, butterflies have their place in masculine-leaning tattoo designs as well. It’s all about experimenting until you find something that works well for both your style and your client’s wishes!

There is always something alluring about celestial symbols. They represent wonder and the unique magic of the world around us. They spark our creativity and imagination.

A cool benefit of celestial symbols is that they can turn a mundane tattoo design into something spectacular. A small inclusion of a sun or a spattering of stars in a design makes the tattoo look more interesting.

Since the moon gives us a gentle light in the dark sky, it’s a romantic and soft symbol in tattoo art. It represents ethereal beauty and feminine ideals.

Full moons show that you understand your full potential and aren’t afraid to show it off. Crescent moons, on the other hand, symbolize that you’re still searching. That you know you have far more potential than you’ve shown the world so far.

If your client wants something that’ll help guide them through dark times in their life, then a star tattoo is a great choice. For centuries, stars have helped humans find their way. The same idea is represented in a tattoo that features a star.

This means that they also represent hope since you’re trusting the star to help you onto the right path.

Further meaning is added to the tattoo if the client wishes for the stars to be made into a constellation. Constellations are full of history and mythology, which makes the tattoo even more mystical.

Brightness and life are the main meanings behind a sun tattoo. It shows off the light brought to the world and gives people strength.

It also can symbolize the light behind truth and honesty.

One of the fun things about adding a sun into a tattoo design is that it allows for a lot of creativity. The way you ink the sun can change the feeling of it. Do you go for a simplistic representation full of straight lines or something romantic with swirls?

How you decide to show off the sun will make the tattoo either more bold or more detailed. It affects the overall feeling of the design, so make sure to test out a few possibilities beforehand.

Dragons, medusas, mermaids, and fairies are all popular choices for tattoos these days. These tattoos are full of fantasy and magic, letting a person’s imagination run wild.

There’s also a sense of adventure to any mythological tattoo. Only adventurers run into such creatures in stories. Having one inked onto your skin helps you remember that life is also an adventure.

Since these are all made-up creatures, there are a lot of ways to design them. It gives you a chance to play with the art while also allowing your client to give a personal spin to the myth.

It’s also a show of self-confidence that you can’t replicate any other way.

It represents the place that religion has in their life. Spiritual icons are a way of celebrating that religion and rejoicing in it.

Even though you’ve gone through a lot of training and studying to increase your skills, sometimes a client only wants a simple tattoo. In many cases, that simple tattoo is a semicolon.

In grammar, semicolons show a break in thought. A sentence that breaks into two parts and still has more to come.

It’s this idea that people struggling with depression and suicide want to represent in their semicolon tattoos.

A semicolon means that they recognize that the earlier half of their life doesn’t mean there isn’t more to come. They use the symbol as a reminder that they still have the second half of their life to live. It’s because of this that a semicolon represents strength and hope, as well as a goodbye to darker feelings.

If a client feels as though they’re struggling, a semicolon tattoo could be an invaluable tool toward moving past their mental illness.

Although mandalas are very detail-oriented and require a patient hand, they’re well worth the effort. It’s not something a beginner artist should tackle, but as you gain experience you might find yourself wanting to try.

The great thing about mandalas is that they look beautiful at all times. The play of tiny details, lines, and curves all make for a tattoo that looks stunning.

Mandalas symbolize a lot of Eastern cultural ideals, such as spiritual journeys and the layers of the human mind. It’s a great strength symbol tattoo since mandalas can look both bold and delicate at the same time.

Once you get the hang of drawing mandalas, you’ll have clients lined up for many weeks at a time!

Arrows are a simple addition to many tattoos but they show off a lot of character and personality. They’re full of meaning that helps all kinds of people through the journey of their life.

An arrow pointed toward a person is a reminder to think about their well-being. That they are important to the world and should remember that at all times. That it’s okay to put focus on self-care and relaxation.

An arrow pointed away from a person symbolizes a need to move forward in life. It helps them remember that they should keep taking steps toward their goals or dreams.

Many people who want a heart tattoo are full of love and passion. They embrace these feelings and want to share them with the world.

It’s not uncommon for someone to dedicate a heart to a special person in their life, but sometimes it’s meant to indicate self-love.

If a client asks for a heart tattoo, it’s a good idea to steer them away from adding a name. While a heart on its own can mean a lot, a person’s name might end up needing a cover-up at some point.

The best thing about learning all the different tattoo symbols is the fact that it makes you a better artist overall. As you figure out what your client wants from a tattoo, you can point them in the right direction towards the perfect symbol. They’ll feel content that the message of their tattoo is coming through.

Plus, adding meaningful symbols into a tattoo makes it more unique and interesting!

Want to learn even more about the craft of tattooing? Contact us today to get more information about our school!