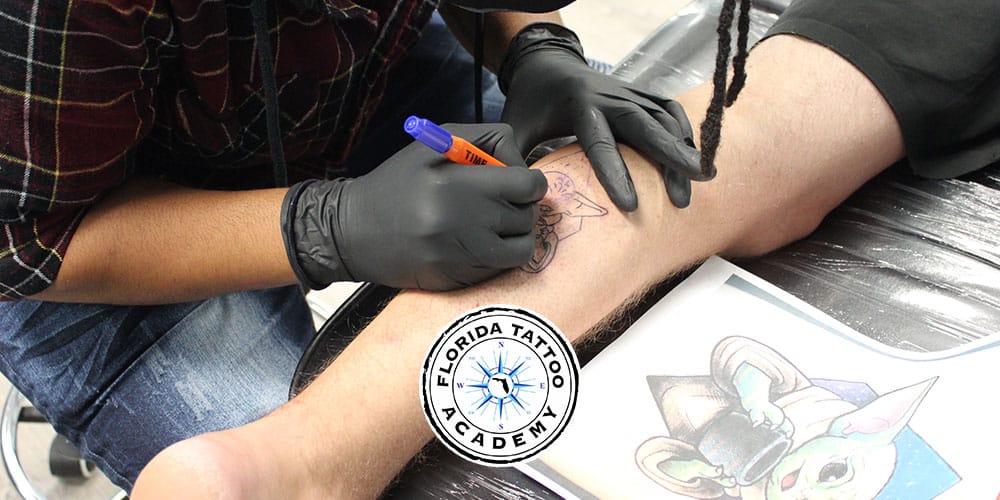 Now a $3 billion a year industry and still going strong, it’s safe to say tattoos have gone mainstream. This interest isn’t only from consumers either, the tech industry has jumped on board to figure out where exactly they fit into the picture too. This is leading to exciting developments across the industry, with implications spreading far beyond the aesthetic.

In this article, we’ll be looking at tattoo technology throughout history, from humble beginnings to the budding new tech.

So often, people think of tattoos as a new phenomenon. Something that millennials made popular – which to an extent they have. But tattoos have appeared in many different cultures throughout history and learning about tattoo history is fascinating.

It’s impossible to pinpoint the first-ever tattoo because it likely predates any records or archaeological remains found. As it currently stands, the earliest evidence of a tattoo is on a mummified male referred to as the Iceman.

These remains were found on the border of Austria and Italy and are estimated to be around 5,200 years old! The Iceman has a whopping 61 tattoos. They’re very simplistic in nature, consisting of simple horizontal or vertical lines.

Researchers have theorized that the Iceman’s tattoos could have a therapeutic or diagnostic purpose. This is because they’re grouped around the lower back and joints, pointing to a medical condition. The reality is, we’ll never know how or why he got them without a time machine.

The Iceman isn’t the only inked ancient though. A couple of ancient Egyptian mummies, dated between 3932 and 3030 B.C. also carry ink. A male mummy has what appears to be an image of a bull, while a female mummy has multiple S’s tattooed.

Ancient Egyptian artwork also depicts predominantly women with tattoos. We have a bit more of a clue of how these tattoos were done as bronze implements have been discovered in Northern Egypt.

Other ancient cultures such as the Scythian Pazyryk from the mountains of central Asia, Japan, and even the ancient Britons also tattooed themselves. As well as across the Atlantic ocean in Chile, Peru, and Native North America.

How Were Old Tattoos Done?

As we mentioned above, it’s difficult to know exactly how the first ancient tattoos were achieved as we lack the evidence of instruments to definitively know. Researchers are quite confident the Iceman’s ink is soot-based, but we do not know what tools put them there.

However, we can look to the tattoos of ancient Polynesia for more definitive evidence. These complex and elaborate tattoos are a rite of passage in Polynesian culture. While they’re achieved with tattoo machines mostly now, originally the process was a much longer and more painful experience.

Because of the complexity and size of the designs, the tattoo process could take up to four months of full-day sessions. During these sessions, the tattoo artist would tap designs into the skin by using a tattoo comb and a mallet.

Not only was this process painful and lengthy, but the risk for infection after the tattoo ran high. Tattoo-recipients would have to bathe daily in saltwater to keep infections at bay.

For Maori tattoos, the process was even more brutal. To begin, deep cuts are placed into the skin. Then a chisel made from bone, shark teeth, or stone is dipped into pigment and tapped into the incisions. Some Maori tattoo artists even now keep this tradition alive due to its cultural significance, while others have adopted more modern tattoo technologies.

For ink, soot was the most popular option across many cultures. Though American Indians achieved more colorful designs with natural dyes like crushed berries, minerals, and plants.

The Birth of Tattoo Machines

Hand-poking and similar practices remained the popular tattoo method all the way up until the late 1800s. This is when Samuel O’Reilly invented and patented the first electric tattoo gun in 1891. The idea was based on Thomas Edison’s electric pen, with tattoo needles replacing the tip of the pen.

O’Reilly’s tattoo gun used a high-speed reciprocating DC motor mechanism. This turns a circular spin into an up and down movement, capable of doing so up to 50 times a second. For its time, the gun was revolutionary and quickly grew in popularity for tattoo artists across the world.

Since then, other artists and inventors throughout history have continued to make improvements to this original design. Where the first machines were made from iron or brass, aluminum became favored for its lightweight properties. Carol Nightingale was the first to create an adjustable machine in 1979, allowing for more precision in terms of speed, depth, and force.

Today, instead of the rotary system, most tattoo machines use electromagnets. Many machines such as the Cheyenne Hawk machine also allow for multiple needles that can be changed at the flick of a wrist.

The Future of Tattoo Technology

While tattoo machines have developed considerably over the last decade, much of the technology tattoo artists are using doesn’t refer to the machines themselves.

Many artists have switched from lightboxes and tracing paper to digital technologies like iPads and Apple Pencils, using apps like Procreate or Adobe Draw. This technology allows artists to make changes to designs for customers without having to start from scratch.

Augmented reality is also a game-changer for the tattoo industry. It allows artists to show customers how their tattoo will look before they’ve even sat down in the chair. This is a great way to help avoid unhappy customers later down the line.

Perhaps most revolutionary for the tattoo industry is Instagram. The social media platform has changed the way people discover artists. Now instead of heading to your local parlor, you can search through hundreds of thousands of designs by artists to find a style you love.

This isn’t to say there have been no new developments regarding the actual ink itself. Tech companies across the US are developing bio-monitor and duo-skin tattoos. Bio-monitor tattoos can measure blood glucose levels, while duo-skin tattoos offer controls for devices, all on your skin!

Other tech companies are researching sub-dermal temporary tattoos. These could potentially allow for specialized ink so tattoos would naturally fade out over time.

While tattoo technology has come a long way, who knows what the future is yet to hold for the industry. It’s an incredibly exciting time for tattoo artists, both new and old. If you’re inspired and you’d love to learn more about the industry, our tattoo school could be for you.

Get in touch to learn more and schedule your school tour at Florida Tattoo Academy.