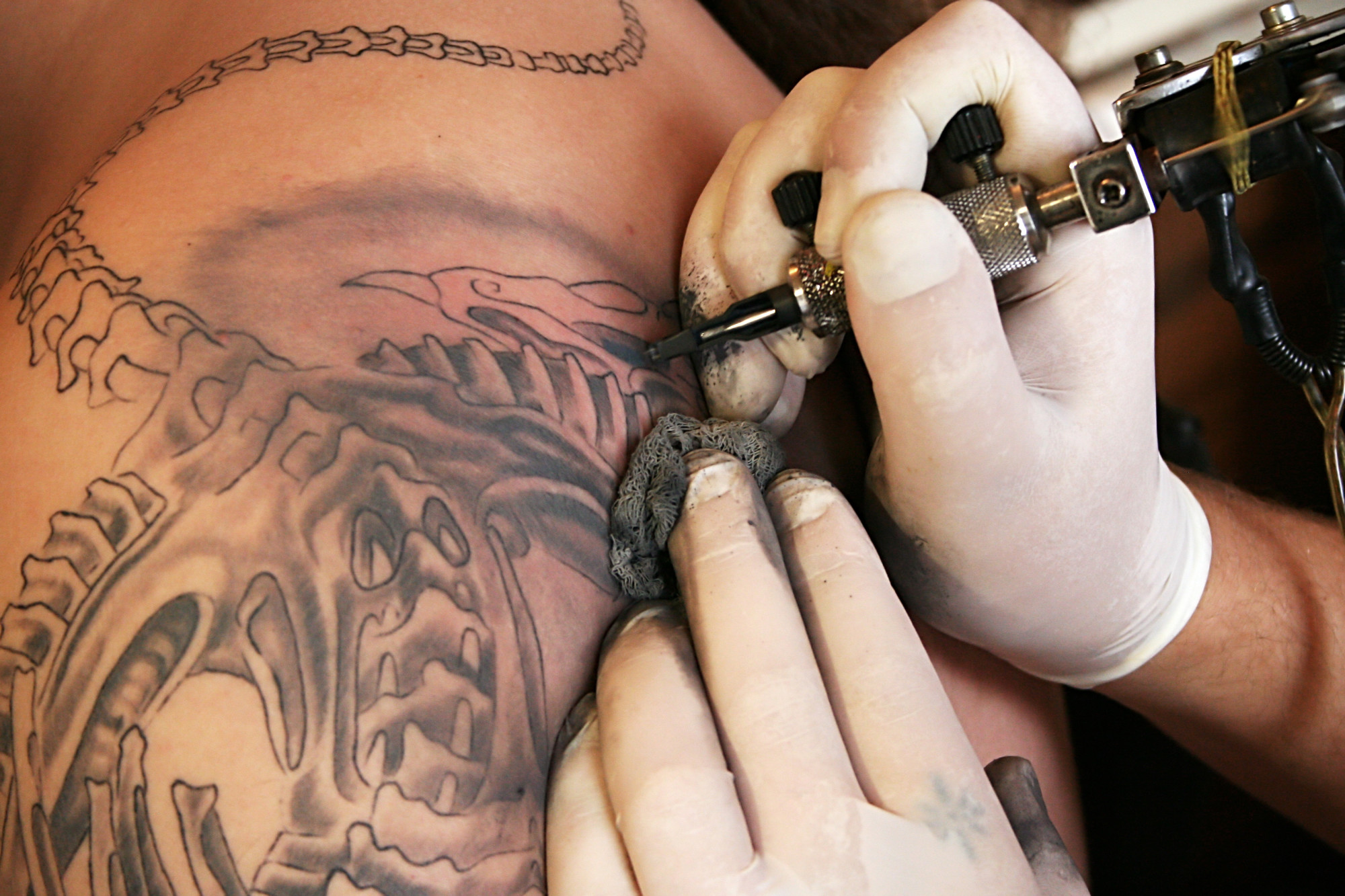 The tattoo industry is growing by 10% annually. It’s clear that people aren’t slowing down when it comes to getting inked.

Tattoo studios are well known for being some of the most sterile body modification areas. Tattoo artists are always on top of the latest health, safety, and contamination information.

However, as a budding tattoo artist, the idea that there are some varieties of tattoo ink that contain cancer-causing ingredients can be enough to rock your confidence. This article will walk you through which inks are banned, where, and why, and how you can avoid them and use high-quality inks instead.

Do Tattoos Cause Cancer?

There is no definitive proof that tattoos cause cancer. We’ve been tattooing ourselves for millennia. As far as studies are aware, the tattoos themselves aren’t dangerous as long as they’re done by a professional in a safe, clean environment.

The EU has really erred on the side of caution when it has come to their recent regulations and bans. They’re prohibiting pigments that have a hint of carcinogens (potentially cancer-causing agents). To artists’ outrage, they don’t regulate other heavily used carcinogens such as nickel or vinyl chloride to the same degree.

This has caused an outcry from tattoo artists all over Europe and beyond, damaging their business and creating fear among the public.

Not all tattoo ink is dangerous or contains harmful ingredients. However, with public health and safety in mind, EU organization REACH (Registration, Evaluation, Authorisation and Restriction of Chemicals) has taken the decision to ban the use of thousands of ingredients in inks. These inks are usually used for brightly-colored tattoos and permanent makeup, with the focus on the removal of the Blue 15:3 and Green 7 pigments.

They aim to reduce harm to the general public from chemicals and chemical compounds. They’re banning any pigments that may cause cancer, genetic mutations, and reproductive difficulties.

Due to Brexit, the UK is not following suit. However, they are reviewing inks used within the market. They’re also asking artists and manufacturers to disclose any used ingredients.

What Are the Alternatives?

While this has caused quite a stir within the tattooing community, the good news is that the buck doesn’t begin or end with established or new tattoo artists. Ink manufacturers are the ones who will have to find viable solutions if they want to stay in business – and many already have. There are a wealth of ink colors and types out there, and it’s usually down to the tattooist’s preference.

They’re removing pigments Blue 15:3 and Green 7, which will destroy most artists’ palettes. These two pigments make up almost 70% of tattoo and permanent makeup inks.

It’ll affect blues and greens, reds, purples, and yellows as well as skin tones and components for a white tattoo. A range of vibrant colors and types of tattoo ink isn’t available from European tattooists now.

Pigments Blue 15:3 and Green 7 were already banned in Europe for hair dye coloring. Artists argue that the distinct difference in the method, concentration, and volume of pigment used between dyeing hair and tattooing should be taken into consideration. In fact, the German Federal Institute announced that after an examination, both have a “comparatively low level of toxicity”.

There is not enough data to conclude whether these pigments are harmful in such small quantities, so many artists refute the decision.

Overturning a decision like this isn’t easy, but it’s not impossible. Thousands of artists across Europe are speaking out and taking action against the regulations. Thousands more outside of the affected zone are showing their support.

Artists Erich Mähnert and Michl Dirks set up a “Save the Pigments” petition and social media. It has made waves, with over 177,900+ signatures gaining the attention of the European Parliament. A potential resolution is in the works, but it is unlikely REACH will do a full 180° and reverse their decision.

What Does This Mean for the Economy?

Erich is vocal in his unhappiness with the regulation. He says that there will be dire consequences to banning such a key ingredient in several tattoo colors. He argues that this will lead to a spider web of events.

They may travel outside of the EU, costing the general public much more money to get a tattoo. This will both negatively affect the European economy and tattoo popularity. If it’s not affordable to get them done, numbers will drop.

Or, if they can’t afford to travel for tattoos, they’ll seek out illegal practices. These may not be up to national health and safety standards, indirectly encouraging illicit work.

There are currently no banned tattoo ink regulations in the US. Want to be able to have complete freedom with your tattooing business? Train with an acclaimed tattooing school.

Tattoo Artist: Is It Your Dream Job?

Don’t let these tattoo ink bans put you off from starting your dream job. Tattooing is an almost completely unique profession. You have total control and direction, you’re paid for your art and you can run your own studio or join an existing one.

We’re regularly reviewing and updating our courses and content which helps train renowned, talented tattoo artists. We have two beautiful campuses in Florida: history-packed Tarpon Springs and magical Orlando. We create tattoo artists with a mind of their own and a reputation to back it up.

Contact us today for a brochure and a school tour to see our facilities, meet our instructors and browse everything we have to offer.